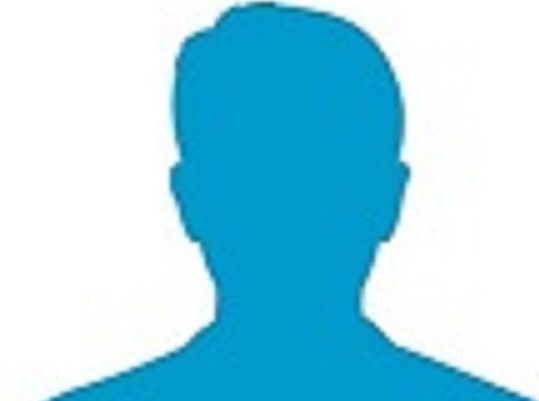 Having almost 20 years work experience in field of Telecommunication in various countries all over the world. Worked for fortune 500 countries like Alcatel-Lucent and Nokia on key technical and pre sales roles for more than 15 years. Have vast experience in managing multi-million dollar projects for network modernization, new innovative solutions and turnkey projects. Have been working as Chief Technical Officer for Digicel Vanuatu for almost 3 years modernizing the network to 100% 4G and 4G+.

Jawad Khan
Having almost 20 years work experience in field of Telecommunication in various countries all over the world. 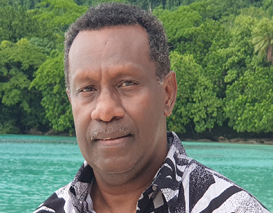 Responsible for Financial Regulation Department, RBV’s Banking, Payment, Settlement, Currency, Support Services and Financial Markets.
Noel Vari hails from Araki island, South Santo, Vanuatu. He has being the director of the Reserve Bank of Vanuatu from 1998 to the present and the Director of the Financial Regulation Department from 2006 to he present at the Reserve Bank of Vanuatu. He has a Bachelor of Economics, University of PNG and a Master of Business (International Business) from Sydney University (2004-2005) and, was a Member of Beta Gamma Sigma (1989-2003).Some other current responsibilities:
Chairman of Vanuatu’s E-KYC Utility Project
Member of the South Pacific Central Banks E-KYC Utility Project Steering Committee
Chairman of the AML&CTF Supervisory Working Group
Member of the Association of Financial Supervisors of the Pacific Countries
Member of RBV’s Management and other RBV internal committees
Member of the National Payment Systems Committee
Member of the Credit Union Legislation Review Committee
Member of Supervision Working Group, Financial Inclusion


Graham Theuil ,Head of Distribution and Head of Northern Region at Vodafone

So my title is “ Digital Transformation Manager “ and one of my key responsibilities is to drive the uptake and usage of our digital banking platforms.

Oliver Joshua
So my title is “ Digital Transformation Manager “ and one of my key responsibilities is to drive the uptake and usage of our digital banking platforms.

Appointed in July 2021 as the new Short Haul Markets Manager, Mr. Paul Pio is responsible for managing and developing the brand positioning of Vanuatu as a tourism destination in the shorthaul markets of Australia, New Zealand and New Caledonia, working collaboratively with the VTO’s representatives within these key source markets. He represents the VTO today under his capacity as the Interim Communications and Digital Assets Manager.
Paul is a veteran of the Vanuatu’s tourism industry, previously working as the Marketing and Communications Manager of the national airline, Air Vanuatu and as General Manager at South Sea Shipping.
In 2020, Paul served as the Secretary of the Vanuatu Tamtam Bubble Taskforce under the leadership of the Vanuatu Prime Minister’s Office and was a committee member of the Vanuatu Government’s Tourism Crisis Response and Recovery Advisory Committee under the Ministry of Tourism and Trade.
In addition to his current role at the Vanuatu Tourism Office, he also serves as the Secretariat of the Access Transportation and Tourism Taskforce, commonly known as the AT3, which is a commercial partnership between the VTO, Air Vanuatu and Airports Vanuatu Ltd under the Shared Vision 2030 Goals and Objectives.
As our borders are expected to reopen to the world in July 2022, Mr. Pio is working with a range of stakeholders, both in public and private sectors, and his role is critical in ensuring smooth coordination and facilitation for this transition.

Arthur V. Faerua is the Director General of the Ministry of Justice and Community Services. He is a lawyer by background and has served in many different capacities over the last 25 years, commencing as a Government solicitor, USP law academic, Customary land Consultant, Safeguards Specialist and Employment Disputes Arbitrator in Vanuatu. he has also served as an advisor to 3 different Ministers of Justice and also was previously the DG of Ministry of Lands & Natural Resources. He is of Vanuatu and Solomon descent. He is also a big advocate for access to justice and the de-mystification of the law and to enable the ordinary person to access law services at all levels.

Arthur V. Faerua,Director General of the Ministry of Justice and Community Services

Mr Robert Abbil graduated from the University of the South Pacific (1987 - 1991). He started off his career in 1991 as Systems Engineer at Telecom Vanuatu Ltd now Vodafone. In 2008 he took up the role of ICT Supervisor at the Air Vanuatu and then move to Digicel (Vanuatu) Ltd as Systems Engineer focusing on IP and Billing in 2010. In 2016, he took up the role of Technical Manager at WanTok Networks which he spent 2 years, 6 months before taking up the role of Technical and UAP Manager at the Office of the Telecommunications, Radiocommunications and Broadcasting Regulator (TRBR) assisting and providing advice on Technical and Universal Access Policy (UAP) matters reporting to the Regulator, Mr Brian Winji.

Robert Abbil
graduated from the University of the South Pacific (1987 - 1991). He started off his career in 1991 as Systems Engineer at Telecom Vanuatu Ltd now Vodafone